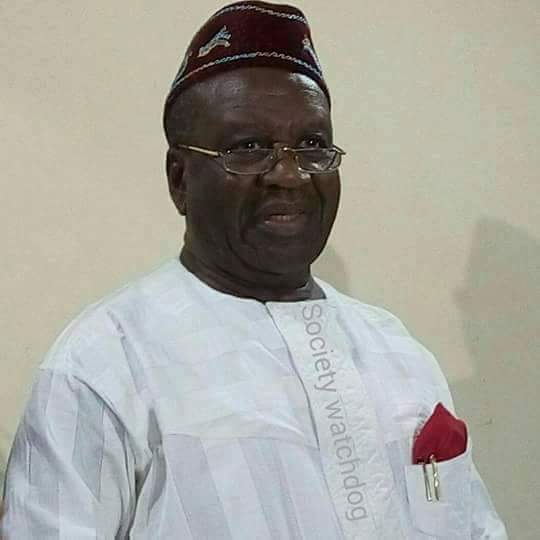 I abhor self contradiction. But sometimes in life, certain indicators may prevail and gnaw at this principle with a wide chance to impel capitulation.  It is such circumstance that may galvanise one into what may appear as a circus show necessitating a change in earlier presumptions and persuasions.

When I heard the promo on former governor, His Excellency, Obong Victor Attah’s interview on Planet Radio about 24 hours before the interview, I warmed up to it with enthusiasm. This was against the back drop that Obong Attah had the previous week visited Governor Udom Emmanuel at Government House in the company of former deputy governors. The visit was hailed by many as a good omen and an act befitting of an Elder Statesman who means well for the state. Yours truly joined other well meaning people to celebrate the revered Statesman for what was widely construed as an act of good faith with the people’s interest as part of the content. But how wrong we all were as Obong Attah revealed in such a nonchalant, non-committal manner that they were there to discuss a matter as personal as their pension and not anything  that concerned the interest of  the state and the people he once governed for 8 years. When the former governor said this, my heart sagged with shame and fear having just embellished his role as an Elder Statesman in an article I erroneously described as a historic visit that portended harmony for the State. I was ashamed because I expected the Elder Statesmen to use the visit to discuss things that border on our common good. My fear also arose from the fact that if an Elder statesman in the mould of Obong Attah cannot fight for us, then our rank of leadership may just be cosmetic and not peopled by those that can inspire hope.

But Obong Attah’s revelation of his motive to Government House may have disappointed his teeming admirers including yours truly, but the biggest foible came from some of his utterances which had underpinnings of unforgiveness, hate and discontent for certain persons and systems including the present administration. While one did not expect him to eulogies the previous administration and the present one too, but it is inconceivable for him to have declared that nothing has been added to governance since he left in 2007. Such a fallacious remark underscores a deliberate fixation and a mindset that is impervious and determined not to allow facts to interfere with conclusions. Otherwise, how can one possibly posit that nothing has happened in governance ten (10) long years after his egress.

Obong Attah, in that interview exuded admirable intellectual rigour. But he allowed this well heeled attribute to be sacrificed on the altar fallacious and bogus claims. While admitting the inviolability of his right to support any candidate of his choice in any election, his exposure, intellect and experience would have been best displayed in his understanding that after the turbulence of election, peace and harmony should fill the gap. It is a known fact that sometimes life does not give you what you deserve but

one must accept certain things in the interest of the general good of the society.

The former governor’s sarcastic response in regard to the mention of Akwa Ibom State University illustrated his provable discontent for anything that has the imprint of his successor, Godswill Akpabio. This kind of attitude and disposition is certainly beneath the Elder Statesman. Even the many projects which he honestly conceived and which the Akpabio administration graciously completed were claimed by him to have been mutilated and bastardized. According to him, he fought all the odds to see that the airport was built but he failed to acknowledge that somebody also fought all the odds to bring the airport to a useable level with all the original conceptualizations like the Maintenance, Repair and Overhaul hanger and the second run way intact. If the Akpabio administration had abandoned that airport, would anybody have laid claim to it.  Who would have been the losers if the project was abounded? Akwa Ibom State and its people. Yet, one does not see anything good in a man who bought into his vision and translated it to reality for the benefit of all. Obong Attah’s acerbic criticism of governments is unfair. He may claim that his administration did not receive much from the Federation Account as the Akpabio administration. But need we recall that Cross River State under Donald Duke during the same period received far less amount than Akwa Ibom State, yet, that State was light miles away from our State in terms of development

There has been too much hullabaloo about the science park. If the Science Park is the only project Obong Attah conceived and which Godswill Akpabio abandoned, perhaps for good reasons then, the latter should be commended for his magnanimity. Afterall, it is not certain that the son-in-law whom he sponsored would have run the State on his strict dictates as the man is known to harbour very stubborn streak. In other words, he may not have wished to continue with all his projects. The question therefore is, if we had Udoma Ekarika as governor and he failed to carry out all the dictates of Obong Attah, would he still be sulking as he is doing today? And the scenario I am painting is a possibility that would have come to pass. What would have been Obong Attah’s reaction in such circumstance? Would he overlook certain things, forgive and forget and move on? That is likely. That is the same request we are persistently making to him. He should see all of his successors as his sons.

Governor Udom Emmanuel is sadly a victim of the hate syndrome that has long seized Obong Attah. His sin is that he has the support of Senator Godswill Akpabio which is compounded with the popular view that the immediate past governor actually brought him. But as our common adage posits, if you would not drink palm wine because of its sweetness, can you not drink it because of the beauty of the calabash? Udom is a performing governor. In the face of paucity of funds, he is doing great things while other states are even unable to pay salaries. He has continued vigorously

with infrastructural expansion with more than 250 kilometers of roads and 17 bridges constructed with 22 months. He has made conscious efforts in the diversification of the economy through viable agricultural and industrial policies. Free and compulsory education complemented with payment of NECO and WAEC fees to students in public schools have remained cherished programmes of government, of course, without ignoring free health care to various segments of the society.

Former governor, Obong Attah in that interview failed to acknowledge these feats and rather asserted that nothing has changed. Being deliberately taciturn, he made his silence an eloquent statement which suggests that he is continuing his disagreement   with the Udom administration as part of his vengeance against Akpabio. But where then is the Christian precept that vengeance is of the Lord which we all as Christians subscribe to. Why has Obong Attah, an Elder Statesman not come to the realization that the cooperation of all the elites especially former governors and deputies with the government of the day would improve the collective lots of the people. That is what they owe Akwa Ibom people and not hate campaigns and recriminations.

His Excellency, Obong Victor Attah as Vice Chairman of the umbrella body that speaks for the Niger Delta needs to work collaboratively with the State Government if he has interest in using that position to leverage his state. I am glad he made a poignant point that “we marginalize ourselves to the point that nobody reckons with us”. If we remain as divided seeing nothing good in one another, who would ever reckon with us. Our political elites must vigorously ponder on the legacy they want to bequeath. Is it that of fragmentation or building. Posterity would remember how they built, not how they used hate to fragment.

No government can be adjudged to have been completely useless in the manner Obong Attah is trying to cast the Akpabio administration. Even though Attah’s administration of 1999–2007 failed woefully in infrastructure, it scored laudable mileage in empowerment and mental adjustment of the people. So in rating, he ran a progressive government which he has chosen to give the prescriptive label of “a thinking government”. For us his admirers, we think he did more than thinking. In the same vein, Obong Attah should also endeavour to see something good in other people. He should curtail himself from utterances that may likely put us in small camps of small talks spoiling for fratricidal wars. Such disposition is not compatible with the position of Statesman that age, exposure and experience have combined to place upon his shoulders. He should show gratitude to God by being more forgiving. Let him be reminded that forgiveness is an act of heroism as the weak cannot forgive. And that as a Statesman, he should work at being our hero.