REMARKS BY THE RT. HON. SPEAKER OF THE AKWA IBOM STATE HOUSE OF ASSEMBLY, BARR ONOFIOK LUKE, ON THE OPENING OF THE 2017 RETREAT AND CAPACITY BUILDING WORKSHOP FOR ASSEMBLY PRESS CORPS AND CORRESPONDENTS TODAY MONDAY 15TH MAY, 2017 IN EKET, AKWA IBOM STATE PROTOCOL

I am very pleased to welcome you all to the city of Eket for the opening of the retreat on REPORTING THE LEGISLATURE FOR SUSTAINABLE DEVELOPMENT.

Our gathering today is in partial fulfilment of my promise to continually partner journalists in the state especially in the area of capacity development. It would be recalled that two days after my election as the Speaker of the Akwa Ibom State House of Assembly, the NUJ Press Centre was one of my first ports of call where I thanked members of the union for their support and solidarity. 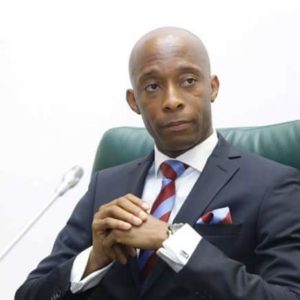 In that meeting, I made two promises: to appoint five journalists to work with me and to initiate a media retreat and a training workshop for all House of Assembly correspondents. These promises were in line with the legislative agenda of the 6th Assembly. With these two promises fulfilled, I look forward to further engagements in order to consolidate on this robust relationship.
This morning I am thankful to the resource persons who have honoured us with their presence in Uyo at a short notice. Beginning with my friend and brother, Mr Olusegun Adeniyi who will be coming in later today, to Mr Imam Imam and to Charles Aniagwu and Kola Ologbondiyan I say a very big thank you for this honour.

Our very own Ibanga Isine and Michael Bush have showed rare commitment to the development of media practice in this state and I believe this commitment is why they have honoured our invitation to be part of this workshop.

I would also like to express my sincere appreciation to the Commissioner for Information and Strategy, Mr Charles Udoh for finding time to join us in this all important retreat in spite of his numerous engagements.

I welcome very specially the state executive council of the Nigeria Union of Journalists (NUJ) led to this opening ceremony by the Chairman, Elder Patrick Albert.

As I stand on this podium the thought that we are gathered to discuss legislative/media engagement in our state makes me happy that the programme will avail participants a time to reflect on how the legislature and members of the press can step up their engagements vis-à-vis the sustainable development agenda of the state government.

Gentlemen of the press, distinguished guests, the anchor line of this gathering is the need to report the legislature for the ultimate goal of achieving sustainable development.

Effectively reporting the legislature is important on the grounds that, as seen all over the world where democracy is practised, the legislature represents the voice of the masses. The masses, most of who cannot reach the legislature directly, depend on the media to gauge our progress.

Besides this, the health state of every country’s democracy is often seen in the vibrancy of the legislature in carrying out its functions and the various legislative engagements cannot be heard if they are not reported in the media. This underscores the importance of media in ensuring a healthy legislature and sustainable societal development.

Let me remind you that it was at the legislature in London that the concept of media as the Fourth Estate of the Realm emanated from. This shows that from time immemorial, there has always been this great synergy between the media and the legislature.

As it has been observed by very many people, that the media in Akwa Ibom state have been solid partners in the successful running of the 6th assembly.

I do not think that we have ever had it this good when it comes to balanced and objective reportage by an independent press such as we have in Akwa Ibom. We have in very recent past forged a partnership which has been both beneficial to the two institutions and to the larger benefit of Akwa Ibom people.

This partnership has been through constant dialogue, parleys and unhindered access to information. But in the larger perspective, one would also realise that we could achieve even more if we had a media community which understands better the workings of the legislature and the task of an interpretative reporter within a legislature.

I believe that adherence to basic professional media standards is also mandatory in specialised beat reporting. To sharpen our legislative output, the media as the fourth estate of the realm must show themselves to be both responsible and capable of holding others responsible.

As an arm of government in the Deacon Udom Emmanuel administration, the state legislature yields itself completely to the vision of the Governor which seeks to promote transparency, accountability and openness. We happen to be in an era of in Akwa Ibom history where sustainable development is the core of government concentration.

The house of assembly, through its bills and motions and other legislative instrumentalities has done significantly to key into the sustainable development agenda of the state which encompasses Wealth Creation, Economic and Political Inclusion, Poverty Alleviation, Infrastructural Consolidation and Expansion, and Job Creation, as enumerated by His Excellency the Governor.

We believe therefore that for the people to understand what government is doing, the media must be sufficiently positioned to understand its roles in the realm. Media people must understand why it is expedient for them to play their roles very actively as development partners.

It was against this consideration that the House thought it useful to organise this retreat. Although we are not unaware that media houses have been engaging in regular trainings and retraining of their staff, we felt the need to contribute to their efforts especially in the area of legislative reporting.

It is an investment which we are making today with the hope that it will translate into a tangible benefit for the Akwa Ibom people who crave to be informed above board. Let me take this opportunity to thank my colleagues, honourable lawmakers, and staff of the Akwa Ibom legislature for their tremendous supports.

I must very specially express my deep gratitude to the Chairman House Committee on Information, the Rt. Hon Ime Okon, and the entire members of that Information Committee who planned this retreat and workshop.

It is our earnest desire to make this training a more regular event for the purpose of keeping our media team intellectually sharpened. Again, I thank you all for coming, even as we look forward to a memorable retreat.