Me: How would a man insult and disgrace the same office he’s so desperately wants to grab by all unknown means? Is that possible? Obong Nsima Ekere please repent and stop insulting Akwa Ibom people….

Despite efforts to foster a cordial relationship between Akwa Ibom State Government and the Niger Delta Development Commission leadership in the State, fresh facts have emerged to the pointer that the Commission’s Managing Director, Obong Nsima Ekere, is not ready for such reunion.

The latest is that Mr Ekere’s widely publicised Thanksgiving Service hosted by Methodist Church Nigeria, Ikot Abasi Diocese, over the weekend, turned out a show of impudence, especially, against the Office of the Governor, manned by Mr Udom Emmanuel.

It was discovered at the just concluded event that, while the compliments of, ‘His Excellency, Sir and KJW’, were attached to the name of the erstwhile Deputy Governor, Obong Nsima Ekere, the incumbent, Governor Udom Emmanuel,was simply addressed as “Udom Gabriel Emmanuel”, on page five of the programme, without corresponding titles and prefix.

The MD of NDDC also attracted agitations over his pettiness as captured in the programme of event of his Thanksgiving, when he presented the Governor in a tired and casual mood, by refusing to use Governor’s official portrait, but however put out himself in a dignified robe.

If Ekere’s first act were to be regarded as a mere typographical error, what justification would be offered for his refusal to use the Governor’s official portrait? And why was the blunders particularly committed on an all important Office, like the one in discuss.

Several observers who could not hide their disappointments took to the social media in anger at the ex deputy governor for showing such level of resentment to the office of his governor.

One would have regarded the development as a mere oversight, but for the fact that other personalities listed in the programme were assigned their appropriate nomenclatures, while Mr Ekere’s name which appears 5 times in the programme brochure all come with the courtesy prefix.

One of the respondents was so emotional when he said, “such act amounts to disrespect to the Office of the Governor, Ill manner and resentment on Mr Ekere’s part, given the fact that he had served as Deputy Governor and now MD of NDDC, and should have understood the protocols that follow such offices.

Truth is that the programme’s graphic designer must have gotten directives from the event’s Planning Committee, who undoubtedly worked inline with Mr Ekere’s directives, a direct implication that the acts were designed.” 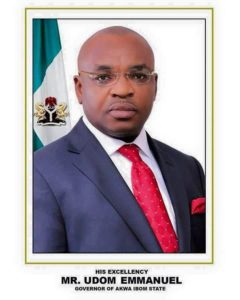 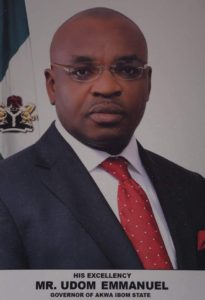 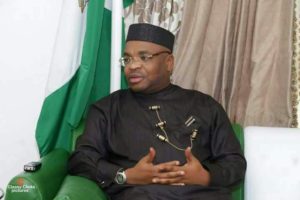