Former President Olusegun Obasanjo’s criticism of President Muhammadu Buhari and his All Progressive Congress, APC, administration has come under heavy attack, as some of Mr. President’s sympathizers have started to fire back.

One of such men to take a bullet for President Buhari is former Commissioner of Police, Abubakar Tsav. The retired but not tired Police Officer said that Obasanjo’s continued increase in age, “has blurred his wisdom and memory”.

He stated this in an opinion article, published on Monday night, which was made available to Journalists.

Tsav, who is currently a Commissioner at the Public Complaints Commission, PCC, Abuja, criticised Obsanjo for parading a fake aura of superior wisdom, adding that, “there is potent evidence that OBJ has wronged God, and needs to plead for His forgiveness”.

VIDEO: President @MBuhari arrives Dakar, Senegal, where he will be Special Guest of Honour at the inauguration of President Macky Sall, tomorrow. #PMBinDakar

“In Nigeria or Africa generally, septuagenarian or octogenarian ages are like a double-edged sword”, he wrote.

“It could be a curse or a blessing to someone, depending on how he utilizes this special favour from God Almighty, in spending these rare years of grace. So, both suffer either of these two afflictions.

Deepest Condolences to the family and friends of Kolade Johnson, victim of the March 31 fatal shooting in Lagos. @PoliceNG have assured that the Team suspected of involvement in the shooting have been apprehended & are undergoing disciplinary procedure. Updates will be provided.

2,689 people are talking about this

“They can be treasures of wisdom in their communities or nations. But the worse experience is when such people bow to the strings of senility, and the instinctual drive of incoherence. The latter category is the problem tormenting Nigeria’s former President, Chief Olusegun Obasanjo (OBJ). And his case seems on the wayward side, because innately, he brooks no opposition to his views, and parades a fake aura of superior wisdom.”

He berated Obasanjo for his restlessness on the political turf of Nigeria, “making pronouncements at every point, and countering or reversing himself on national issues, in a manner that belittles his status, as an Elder Statesman”. 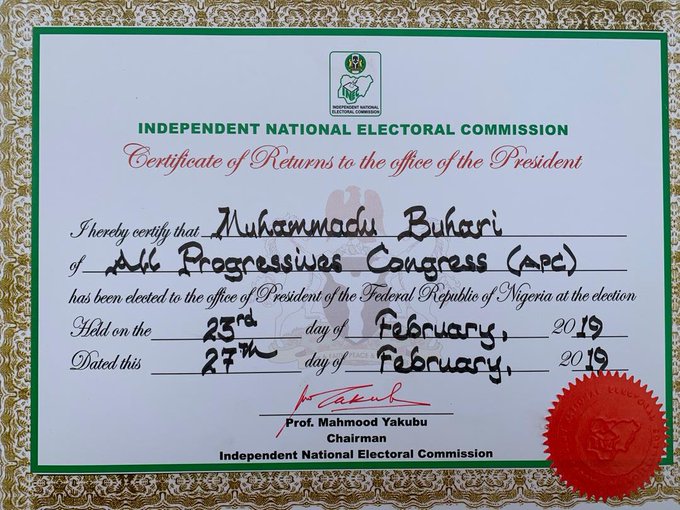 The hard work to deliver a better Nigeria continues, building on the foundations of peace, rule of law and opportunities for all. We have no other motive than to serve Nigeria with our hearts and might, and build a nation which we and generations to come can be proud of.

“More than a few Nigerians believe Nigeria has found itself in the subsisting mess President Muhammadu Buhari has bent backwards to re-fix, because the likes of the nation’s former Leaders like OBJ, fretted away the golden opportunities they had to consolidate on the foundation laid by the country’s founding fathers and nationalists”, Tsav argued.

“Therefore, the problems of Nigeria are created and nurtured to fruition by OBJ. But how he finds the conscience to exonerate himself, and a heart to blame other Leaders who are more transparent and honest with the leadership of Nigeria, remains baffling. But it is not strange, if anyone is acquainted with OBJ’s obsequious character.”

Describing Obasanjo as a man in need of God’s forgiveness, he said: “Truth is sacred, and it must be told, no matter who is embittered by it. The series of gaffes committed by OBJ, is an indication that he has more issues with ageing than President Buhari. 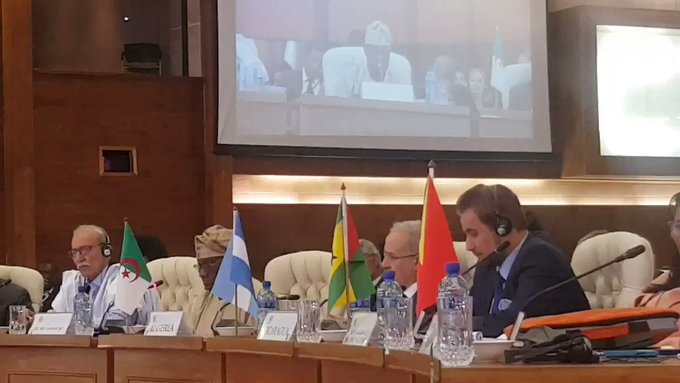 In case you missed out yesterday, listen to former President Obasanjo of Nigeria giving overview of the Conference. Remember you can also watch live coverage live on this platform #SADCSaharawiSolidarity @SADC_News @SABCNewsOnline

“His inconsistency in actions and utterances, have confirmed it indubitably. Conversely, Buhari has never changed, unlike OBJ, his accuser, who changes from time to time, like a chameleon. He needs real help to overcome his multiple personality issues, from his nuclear family, to politics and leadership, which many believe undoubtedly is as a result of his age, which has blurred his wisdom.

“Those close to OBJ should begin to tinker with the idea of working on his senses and public outings. He is bringing too much shame on himself and his family, for no justification.

For all it takes, OBJ is not the only former President of Nigeria still alive. There are the likes of Gen. Yakubu Gowon, Gen. Abdulsalam Abubakar, and Gen. Ibrahim Babangida. But none of them is this excited on checkmating every shadow of the occupant of Aso Rock. And until recently, when he joined his ancestors, Alhaji Shehu Shagari was choosy in commenting on national affairs.

“There is potent evidence that OBJ has wronged God, and needs to plead for His forgiveness. It is shameful that OBJ who is a supposed Elder Statesman, will embark on such an empty voyage to satisfy his ego and pride. A genuine Christian ought not to be as vindictive as OBJ portrays himself everywhere. He needs prayers and God’s attention urgently.” 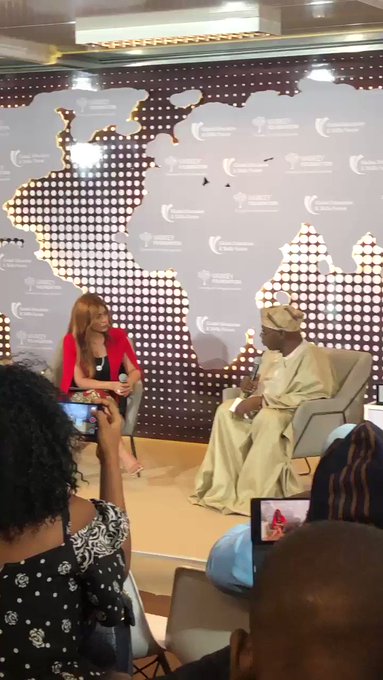 Ex President Of #Nigeria Olusegun Obasanjo was at #GESF @GESForum yesterday and He spoke about Popular (Basic) Education, the education gap (North East) and how Poor education levels is directly linked to Boko Haram

What are your thoughts? Let us know in the comment section below and don’t forget to share.