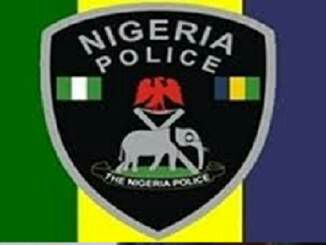 Woman recognises her former abductor in bank, describes scar near his penis

~ There was a lot more than banking yesterday, Tuesday, February 6, 2017 at a Skye bank branch in Port Harcourt when a woman (name undisclosed) who was standing on the queue patiently, suddenly began to scream at another bank customer that he was a kidnapper.

She grabbed the accused man on his collar and began to weep profusely as other customers and bank security tried to pull her away from him.
An eyewitness gathered that in tears, the woman revealed that she was kidnapped about a year ago and the accused bank customer was one of her abductors.

She disclosed that the accused was particular to her because he sexually abused her 4-6 times a day while she was on abduction. Our eyewitness gathered that the accused man denied the allegations and claimed that he had never met the woman before.
He claimed he was just a tailor that had come to make a withdrawal.
The woman stood by her story and said she could never forget him, she even told onlookers and bank security that if they take off the man’s trouser, they would find a scar on his upper thigh.
Police officers arrived at the bank shortly and undressed the man in a closed office and indeed there was a scar.

It was gathered that the police officers obtained a warrant immediately to check the accused man’s account details and a large sum of 98 million naira was found in his account.
Officers of the Police Force detained the man and took him to Anti-Kidnap unit for further questioning.

I hope they will not collect a chunk of the N98m and release the man on bail.

Let’s share this post, make it go viral in other to help the Police do the needful.