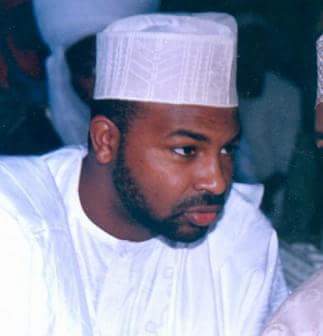 YOU ARE THE CHANGE WE DON’T NEED.
Mohammed Abacha: “Buhari..the Change We Dont Need“

1.I have never seen any school built in his name.
2.I have never seen any borehole constructed by him.v
3.There is no record of any scholarship awarded by him or for him nor through him.
4.I have never seen him use his popularity to canvass for any charitable work nor any humanitarian effort, not even at the height of the polio scourge where other purposeful and prominent leaders led the campaign for immunization.
5.No single text book has been donated to any school either by him, for him or through him.
6.Asides form doing nothing for others,
7.He has not even improved himself since his exit from office.
8.No book written, no memos, no lectures, nothing!
9.The only thing of note he can point to are his numerous interviews on BBC Hausa Station.
10. He never championed for a University in his state
11. Nor has he ever been involved in any kind of development program to better the lives of the Almajiris in Daura.
12. His entire existence has not led to any meaningful development in Daura,
13. Yet they say he can change Nigeria.
14. Doesn‘t charity begin at home anymore?