The group president Mr. Raymond Alphonsus stated this while interacting with newsmen ahead of the democracy day celebrations on May 29th in the state. According to Raymond Alphonsus who is a second class upper Graduate of Architecture from the University of Uyo “Gov. Udom Emmanuel has exhibited excellent leadership qualities and massive economic progress despite the biting economic recession in Nigeria. 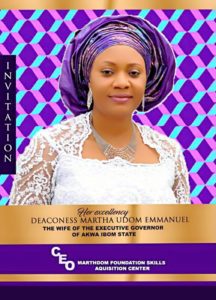 In Akwa Ibom workers receive full salaries as at when due, various industries such as the toothpick and pencils factory has been completed and is undergoing test running.

The Syringe industry which will produce 600 million syringe yearly for export to other states of the federation as well as outside the country will soon be completed. 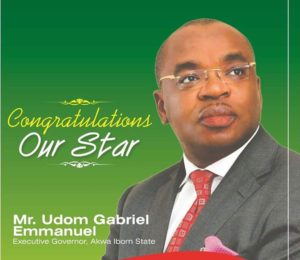 The electric meter industry which has also neared completion will commence operations as Gov. Udom Emmanuel has sent Akwa Ibomites who will work in the industry for training oversees. The Akwa Prime Hatchery which was completed is now producing day old chicks in sufficient quantity for the entire state.

Research also shows that Gov. Udom has reduced unemployment since his assumption of office through Marthdom foundation and Akwa Ibom Enterprise and Employment Scheme (AKEES). Marthdom foundation in partnership with Udom Ambassadors have undertaken aggressive skills acquisition program the state”

Findings also show that the wife of Akwa Ibom state Governor Deaconess Martha Udom Emmanuel has achieved Gaint Strides in her two years in office. This was made known by the National Woman Leader of Udom Ambassadors Engr. Ekaete Inyang. 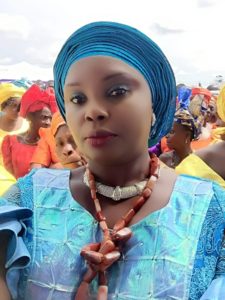 According to her “Akwa Ibom State First Lady Her Excellency Deaconess Martha Udom Emmanuel and founder of Family Empowerment and youth reorientation Program (FEYReP) has touched the lives of hundreds of thousands of Akwa Ibomites since May 29th 2015. She complements her husband Gov. Udom Emmanuel greatly.

She has visibly achieved feats in ensuring that the welfare of Women, children, families are given excellent attention. The wife of Gov. Udom Emmanuel has built houses for widows and widower’s in the state, she has adopted numerous motherless babies homes and has taken it upon herself to provide food, gift items and charter for all the Orphans and helpless children, she has sponsored and supported the education of the less priviledges and orphans, she has supported multiple birth mothers (mothers of twins, triplets, quadruplets etc) financially, she has provided succour and free medical treatment (surgical operations) to indigent patients. She supports Akwa Ibomites from all the 329 wards of the state financially to help boost their businesses. She is working very hard to ensure that the rights of our children are protected across the 329 wards of the state”. 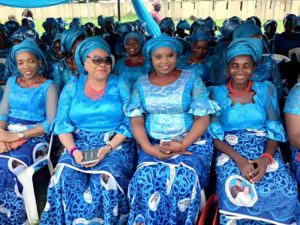 Engr. Ekaete Inyang who is believed by many to be a trusted right hand woman of the First Lady Deaconess Martha Udom Emmanuel is the National Woman Leader of Udom Ambassadors a leading sociopolitical group that mobilized massive support for Gov. Udom Emmanuel across the 329 wards of Akwa Ibom state in the 2015 General Elections. 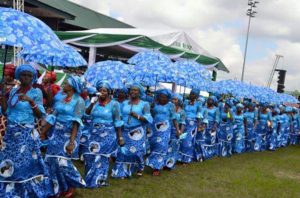 She is also from Onna Local Government Area. Engr Ekaete Inyang also doubles as Woman Leader in Transformation Ambassadors for Udom (TAU). she is also the Eket Senatorial district coordinator of the group.