Opinion: Could this be true of Hon Otobong Edemidiong? Is there no how we can play politics without blackmail and propaganda?
Let the readers ponder on this.. I’m yet to unravel the truth.

Few days after the immediate past transition committee chairman of Nsit Ubium local government area, Hon. Otobong Edemidiong led elders and stakeholders of Nsit Ubium, to the residence of Senator Effiong Bob to endorse his son, Barr. Otobong Bob as the house of Assembly’s candidate for Nsit Ubium State Constituency in the 2019 elections, he has been uncovered as the secret sponsor of social media blackmailers against Senator Effiong Bob.

Findings from our reporters has it that, Hon. Otobong Edemidiong who initially had interest in the House of Assembly seat, is the one behind the media attacks on Senator Effiong, where he resorts to giving out 1500 to Facebook users to post insulting articles and make comments to tarnish the image of Senator Bob.

According to one of the Facebook users who pleaded anonymity, said that he received an invitation from one Kanny Okoko, an indigene of Ikot Eyo in Nsit Ubium, upon reaching the venue of the meeting, he saw about twenty two other people waiting to be briefed by Okoko. In his words, Okoko said that it was Otobong Edemidiong that sent him to mobilize some social media users, who will be sharing post written against Senator Effiong Bob, some who are not even from Nsit Ubium.

One wonders why a character like Otobong Edemidiong, a man that Senator Effiong Bob picked up from the road and recommended him to be given a council carecater chairman, gave him all the support, because he is a family friend to the Senator, could in good conscience mobilize people to insult him on social media, and in public space.

Another person who spoke on the condition of anonymity, said that after Kanny Okoko shared 1,500 to all those that were invited to the meeting, he asked that a video of the meeting be recorded thereafter and posted on the internet, to make it look as if the people of Nsit Ubium were not in support on the Barr, Otobong Bob as the party hopeful.

Further findings reveals that the said video trending on social media, were some people were seen abusing Barr. Otobong Bob with reasons that the father was once a house of Assembly member, with insulting words, was recorded in the paid community meetings that Blessing Mbakara, Kanny Okoko and one desperate ward member called at the instance of Otobong Edemidiong and very few people in that video were from Nsit Ubium, while majority were hired, paid, 300,1000 and 1,500 respectively to make appearance.

What surprises some people, is the fact that, this same same Otobong Edemidiong and the likes of Kanny Okoko and ors that are now sponsoring social media attacks on Senator Effiong Bob, to secretly oppose his son, were the same people that supported the motion to endorse Barr. Otobong Bob as the next house of Assembly member. Infact, it was Hon. Otobong Edemidiong that shopped for Barr Otobong Effiong Bob and subsequently moved the motion in the meeting because according to him, PDP needed a strong candidate with very strong background, and influence to wrestle with APC, who are boasting that they will win all the State election in 2019.

As at the time of writing this report, some Facebook users are still fabricating stories to write about senator Effiong, some are hired as couriers to drop the stories and the videos, while others that were paid 1,500 are on standby to make comments, so that the people will think that they are Nsit Ubium people based on theirs comments and that they are not in support of Barr. Otobong Bob, but this is just the handiwork of Hon. Otobong Edemidiong, the immediate past transition committee chairman. 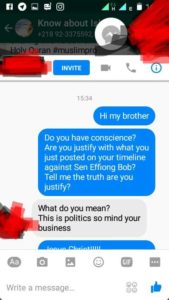 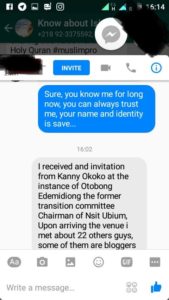 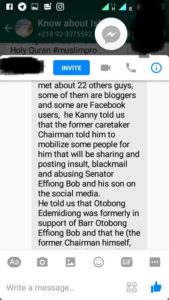 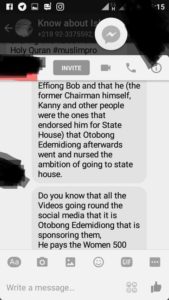 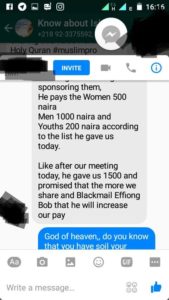 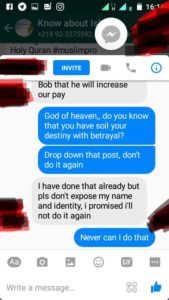 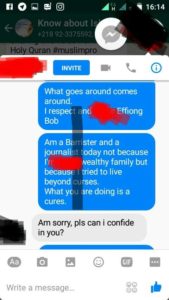